Ins and Outs of the Coworking Course Launch

It took a while, but the coworking community course has finally been launched. I kept my timing and the email announcing it went out last Thursday.

Text is the way to go

Doing a text only course was a good choice. It is much easier to work and rework the content and I can make the delivery much faster. The students have to put their time into doing the tasks to improve their own coworking space community, not on trying to understand my accent in a video.

Being able to revisit texts after the whole course is done is much easier than re-recording a video. No script is ever definitive, you have to settle at some point, but the workload of having to re-shot a video is so big that you just don’t do it unless it is absolutely necessary 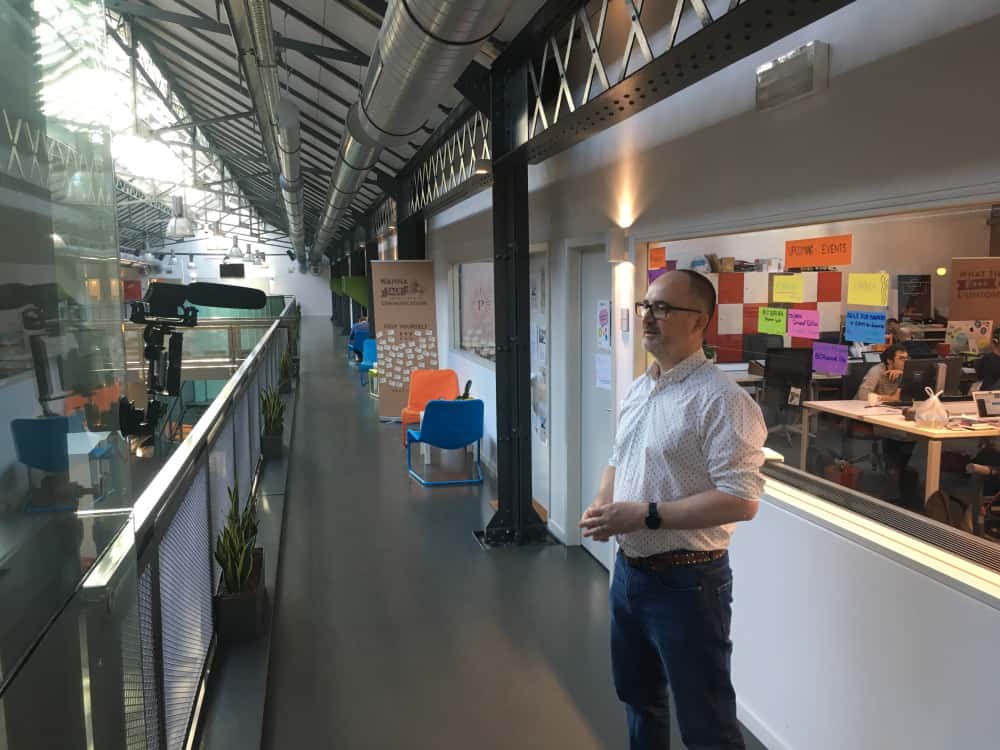 As an example, the intro video I recorded. Super short script that was mended and amended more than 20 times while I was rehearsing it. I did about 10 takes until I decided that it was good enough (not perfect).

And then I discovered that my video setup had an issue: my phone’s video app does not record external microphones. I can’t believe we’ve taken a step back with this. It has been working as long as I’ve been using phones to record video, and now it is not working any more in a high end phone. Researching the issue I found that many other phones suffer from the same issue, but it looks like it can be solved with a third party video recording app (I have not tried yet).

I noticed right away but did not want to delay the launch. Thanks to my friend and betacoworker Bogdan, we managed to clean the sound a bit and raise the volume so that you all can listen to my beautiful accent.

Subtitling has been very easy thanks to YouTube’s AI. I had to make few edits and they made my life much easier.

I have encountered a bug uploading the file to Facebook. First it asked to upload a binary file through an error message, then the problem was a bug, now they are complaining about the formatting (which matches exactly what they ask for in their documentation).

Sometimes you get lucky with AI, I usually don’t.

Right now my video is being displayed on Facebook without subtitles, which I’m sure hurts conversions (I let them roll and read the subtitles, very rarely listen to them).

My signature is spam…

… or at least it has become spammy for a couple months, probably because of some changes in Gmail algorithms. When I contacted Google and told them that I was having deliverability issues the immediately asked for a screen capture of my email signature. This first message signals me that this is a recurring issue.

The problem was that this domain (ramonsuare.com) is served over https but there was a mixed content warning, and so the padlock did not appear any more. Google then used this information to tag the url as suspicious and hence sending all my emails to spam, even to people I communicate with often.

The culprit? A few Amazon links in the menu that started with http: (no secure s at the end). I just added that s and now the padlock is back and happy. It make take a couple weeks to clean up reputation in Google’s services, so please look into your spam box and if you see a message from me mark it as not spam.

… and it has hurt my outreach

Of the influencers I’ve reached, most have not gotten my emails because of this. Luckily I’ve been able to get back to some via other channels, but it has added a big delay. Not getting responses from them (they are all people I’ve know for years) was what triggered my research, after one of them told me about finding my email in the spam folder.

In fact, I wanted to reach out to the subscribers of this blog, but I don’t dare to because I don’t want to add more spam flagging to the ramonsuarez.com domain. It is already bad as it is.

Working with the learning platform has been quirky at times, but they have an excellent client service, which has made it much easier. Understanding VAT from my accountant was a bigger challenge.

The course is ready to drip from Monday. If you want in, use the code IreadyouRamon for a 25% discount.