Disclosure: this article may contain affiliate links to maintain my learning habit..

And here’s a chart with the male/female ratio for all the sites, for your viewing pleasure: 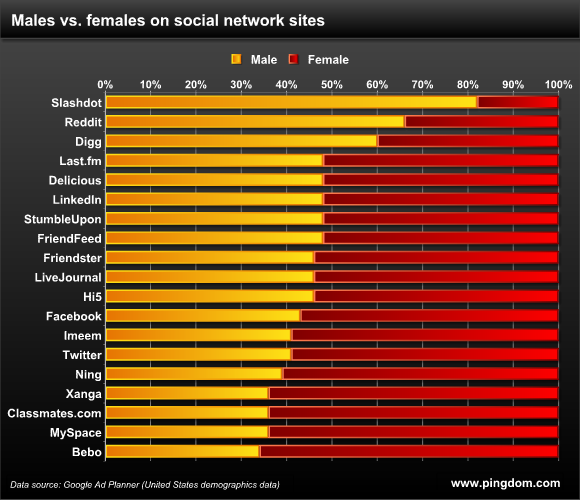 Why do you think certain sites attract more males than females and vice versa? We’d love to hear what you think, so please let us know in the comments.

Only good for the US but quite interesting. Age distribution by gender would be very helpful to get a better picture.

View all posts by @ramonsuarez